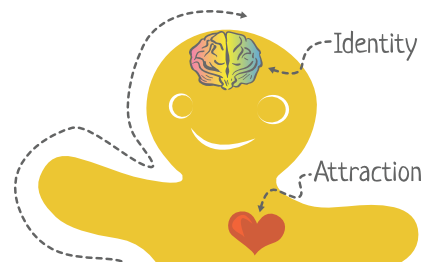 Another fairly functional work in progress. Ever since I saw Genderbread 1.0 making its way across Tumblr as an image that you downloaded, edited, and re-uploaded, I thought, Now there's something just begging to be automated. Then Sam Killerman debuted Genderbread 2.0, which cried out even more plainly for automation. Then someone in the comments had the same thought as me (but didn't have the skills), and Sam said he would love to have an interactive version, but also didn't have the skills. So I put together a basic version, basically just chopping up his graphic into an interactive page, and sent him a link.

He liked the idea, we went back and forth a bit, he helped with some additional graphics stuff, and then I (of course) got distracted before finishing it up. So it sits, idle, not quite done. I want to get the exporting/sharing stuff up before doing anything with it, since that's part of the core of genderbread.