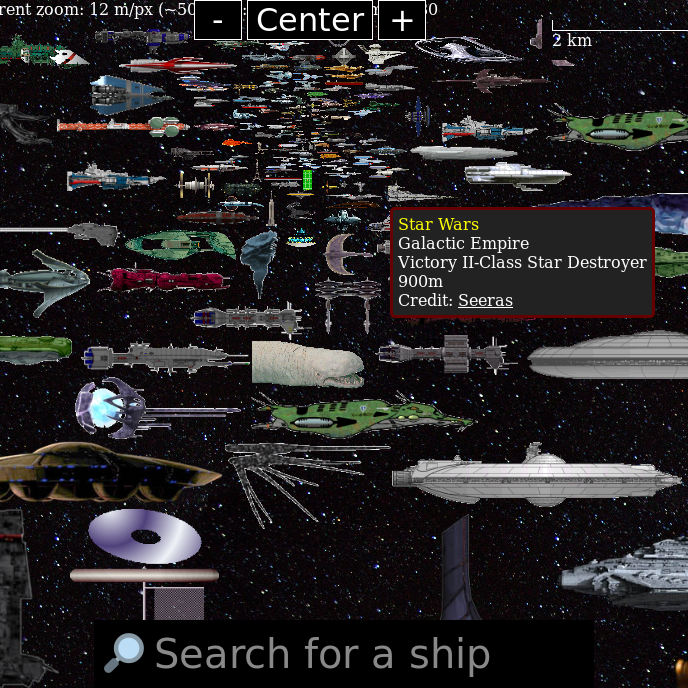 I'd long been familiar with J.Allen Russell's Starship Dimensions, and charts created at various scales by Dirk Loechel and had long considered the possibility of a similar project that combines that with the famous Powers of Ten video, to zoom in and out into different scales and compare things of vastly different sizes.

Size of Things is the current iteration of my attempts at that - I went about gathering ships and dimensions from across the internet, such as Starship Dimensions, Dirk Loechel's various charts, as well as a few hand-chosen items of my own.

One of the most intensive parts of this project was programmatically distributing the ships around the field, for which I designed an algorithm that essentially creates a tightly-packed spiral of ships of increasing size. Currently this is done offline, as it is not terribly efficient in its current Python implementation.