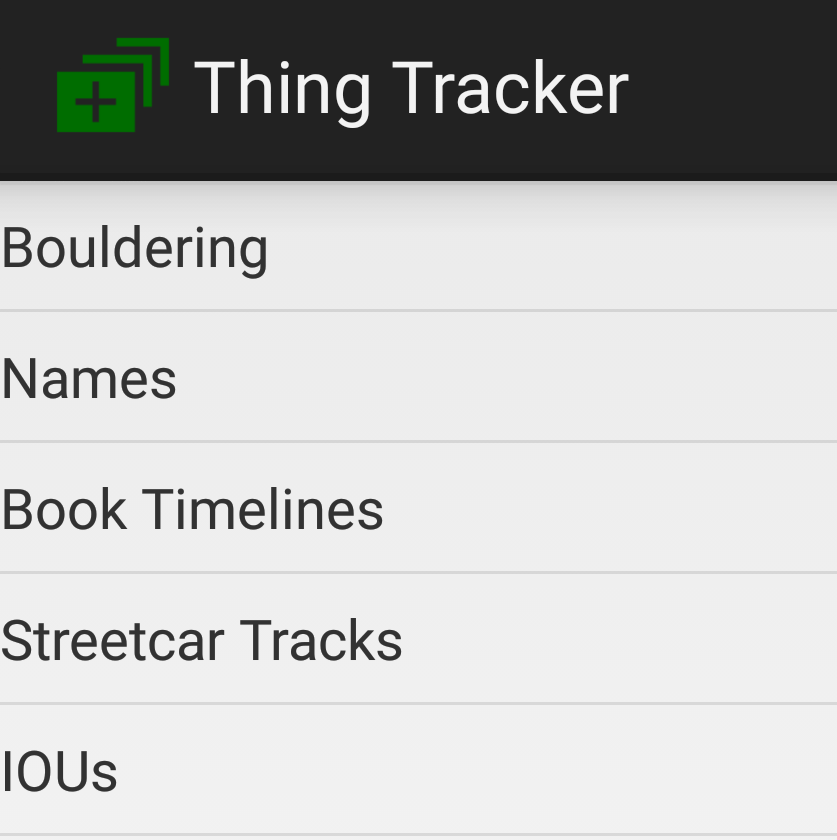 I like tracking things. I scrobble my music with Last.fm, shows with Trakt.tv, where I go with Swarm (and MapThing). But sometimes I just wanted to track something that didn't need a dedicated app, it just needed a place to add some categories, maybe some checkboxes or text fields, and start recording stuff happening or making lists. I wanted more than just a notepad - I wanted the data to be more granular - but I wanted it to be flexbile, able to store whatever I needed at the moment.

So, I built ThingTracker: a heirarchical way to record whatever I want. So far my most consistent use of it has been to keep track of my bouldering: I have an entry for each difficulty of climb, and record whenever I attempt a route, along with whether I succeeded, if it the wall was an overhang or not, and so on. With this, I can get a picture of my progress - I've started to integrate some basic charts and graphs into the app as well.

The details of analyzing and charting come later - ThingTracker allows me to start keeping track of it and recording the data now, without having to build something specific, or try to adapt the information into a note that I'll have to parse out later.